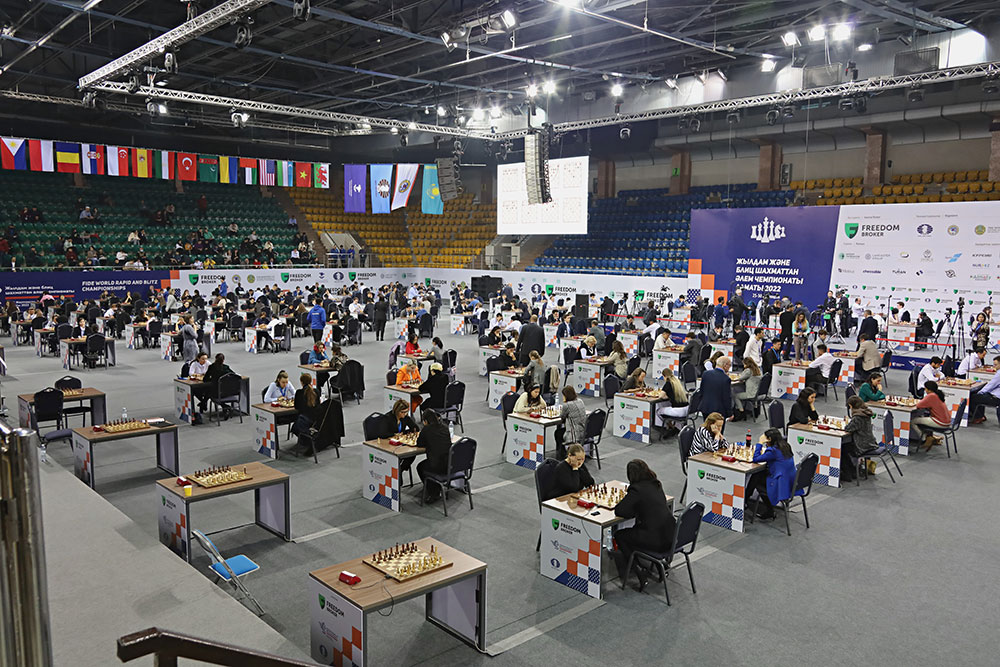 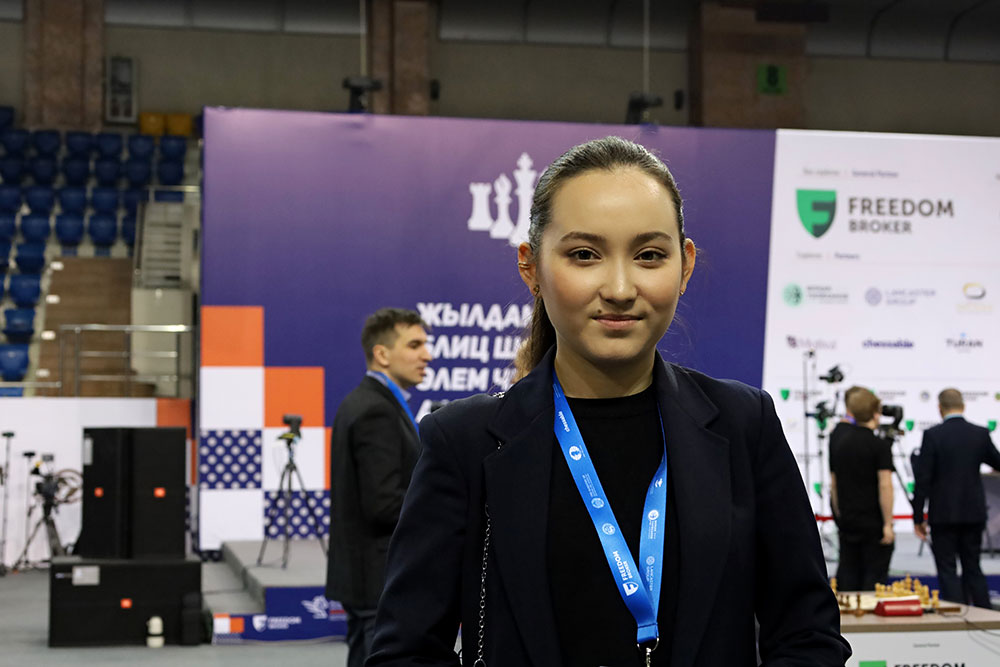 There are four rounds left in the men’s and women’s tournaments, the price of each win increases dramatically, and a loss can push into the bottom of the tournament table.

The main hopes of Kazakhstanis were initially associated with the performance of our wonderful girls. And they did not fail. Zhansaya Abdumalik and Dinara Saduakassova were very successful yesterday and literally «crashed» into the leading group. Both grandmasters have 6 points out of 8 possible and are behind the whole shelf Tan Zhongyi (China), Aleksandra Goryachkina and the master from India Savitha Shri (the biggest surprise of the first eight rounds). What does this tell us, Kazakhstani chess lovers? Only if our chess players manage to keep a clear, cold head in the final rounds, and do not flinch at the crucial moment, then their chances of winning are very high.

Zeinep Sultanbek continues to play well. It is clear to the naked eye how much work she has done to improve her game. All games with the strongest chess players of the world Zeinep leads on almost equal, not inferior in any stage of the chess game. 5 points out of 8 possible - grandmaster level and you can be sure that in the near future the number of holders of the highest rank in our country will increase.

All the above applies as well to Amina Kairbekova. In her asset the same 5 points out of 8 and a great opportunity to compete for prizes. After a successful start, the national champion Meruert Kamalidenova slowed down. Young Zarina Nurgaliyeva put on her pace. Her current performance is a clear indication that she can not only take gold medals in children’s championships, but also win high places in adult tournaments. 4.5 points out of 8 - brilliant without exaggeration results.

In the men’s tournament, Magnus Carlsen continues to maintain leadership and is seen in everything that he is not going to give up to anyone.

Pavlodar grandmaster Alisher Suleymenov is the best chess player from Kazakhstan. After losing in the first round, he never lost a single game in three wins.

As a reminder, social events take place within the World Chess Championship.

Today there was a women’s master class «The role of women in chess» and a session of a simultaneous game with Dana Reizniece-Ozola.

December 28 from 10:00 Open blitz tournament for all amateurs

December 29 from 10.00 Blitz tournament among children 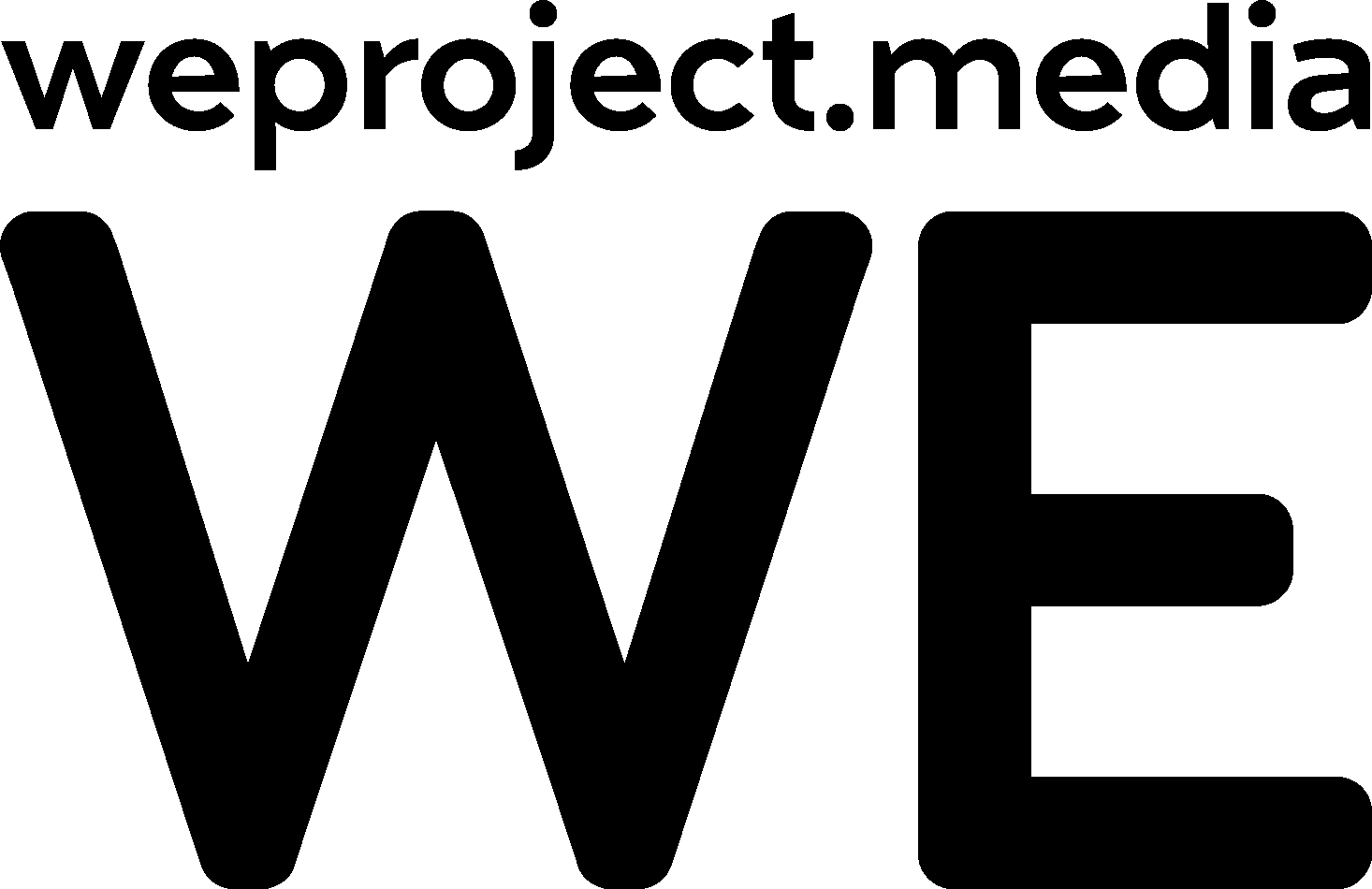